Integrative Writing Coach for Women Who Are Done with Silence
(in writing & in life!)

Marilyn Bousquin, founder of Writing Women’s Lives™ Academy, is a writer as well as a writing mentor, teacher, and coach for women who write about real life. Known as an integrative writing coach, she specializes in teaching both the craft of writing memoir and the consciousness work that leads to recovering one’s voice and claiming one’s truth both on the page and off the page.

Marilyn’s unique perspective on women’s voice, women’s stories, and silencing as part of women’s literary history informs her classes and mentoring programs. She teaches memoir writing as an act of self-discovery that leads to transformation, and she has a knack for drawing out the deeper story that wants to be told. She helps women to claim their subjects as worthy of literature and to value their stories as necessary contributions to the world. 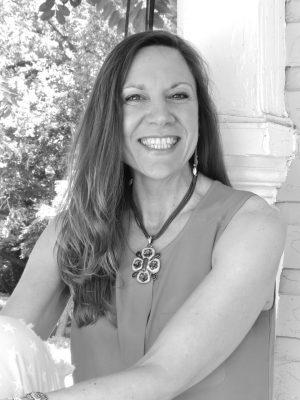 At Writing Women’s Lives™ Academy, Marilyn’s classes and mentoring programs have helped many women realize that their voice matters and that they have a story worth telling. Her students and mentoring clients have won writing contests, published in literary journals, and written books. They have also enjoyed deep personal growth and transformation in their writing and in their lives.

A certified Amherst Writers and Artists group writing coach, Marilyn holds an MFA in creative nonfiction. Her book reviews and memoir essays appear in River Teeth: A Journal of Nonfiction Narrative, Superstition Review, Literary Mama, Under the Gum Tree, and Pithead Chapel. Her essay “Against Memory” was a finalist for AROHO’s Orlando Prize for Creative Nonfiction, and her nonfiction children’s book Virginia Durr: Voice for Freedom was part of the Voices, LLC, reading program. Marilyn’s most recent personal essay, “Feral,” is forthcoming in the anthology The Mentor That Matters: Inspiration from Transformational Teachers, Mentors, and Heroes edited by Suzanne Fox and Andy Fox (Stories of You Books 2016). She is currently working on a memoir about her journey to claim her sense of self through a fierce pursuit of her voice. 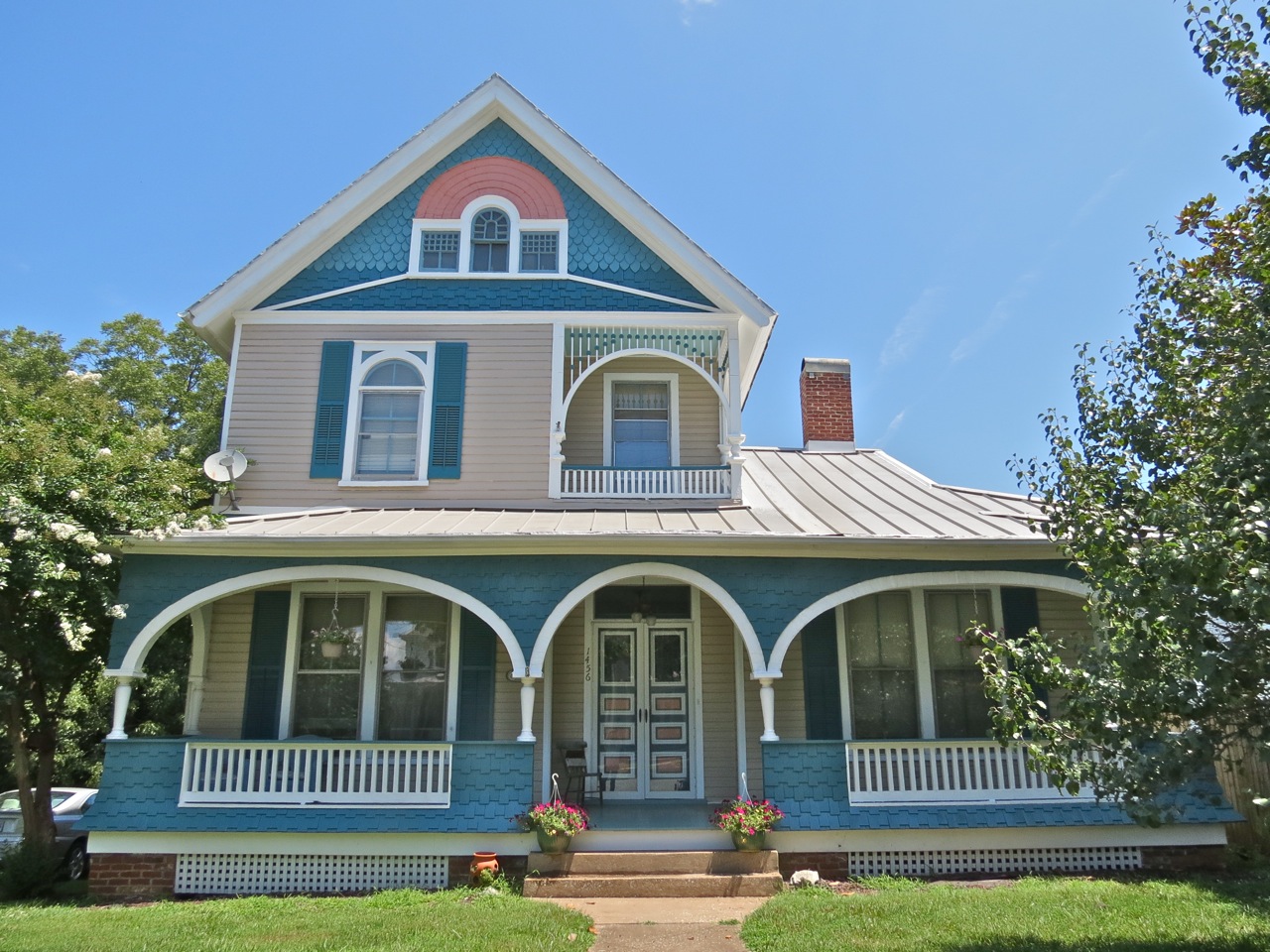 In addition to teaching classes and mentoring women online at Writing Women’s Lives™ Academy, Marilyn teaches writing at Randolph College in Lynchburg, Virginia, where she lives with Steve Dawson and their two puppies, Lexie and Nettie, in a Queen Anne Victorian dubbed The Literary Lounge.

Twice a month women gather in person round her dining room table to raise their pens and their voices. Together they eat, drink, laugh, cry, and write like women who know a thing or two about what it means to be alive.

A broadside of Lucille Clifton’s poem “won’t you celebrate with me” and a print of Adrienne Rich’s quote “Every poem breaks a silence that had to be overcome” hang above her writing table, which is painted robin’s egg blue.

A Glimpse Into My Writing Journey

I spent many moons using material from my diaries to craft thinly-veiled autobiographical fiction (um, bad fiction, I might add) while working as a professional writer, editor, and copyeditor. For stretches of those diary years I was the breadwinner for my family while my husband pursued his PhD. I wrote on my commute from Boston’s Jamaica Plain to my editorial job at the Horn Book Magazine, my pen vulnerable to the erratic jolts of the train. Some nights I wrote at our kitchen table, one ear tuned to the steady breath of my son’s sleep. The doubts about my writing and the reasons not to write were loud. You’re not a real writer. You can’t really write. There was laundry to fold, a son to nurse, a paycheck to earn. I felt gaunt during the bouts of not writing, hollow, slightly starved. Yet I found myself again and again back at that kitchen table or bent over a notebook on the subway, pen in hand. The truth is those notebooks contain a part of me, the “me” I was then, a young mother providing for her family and trying desperately to find her voice as a writer. 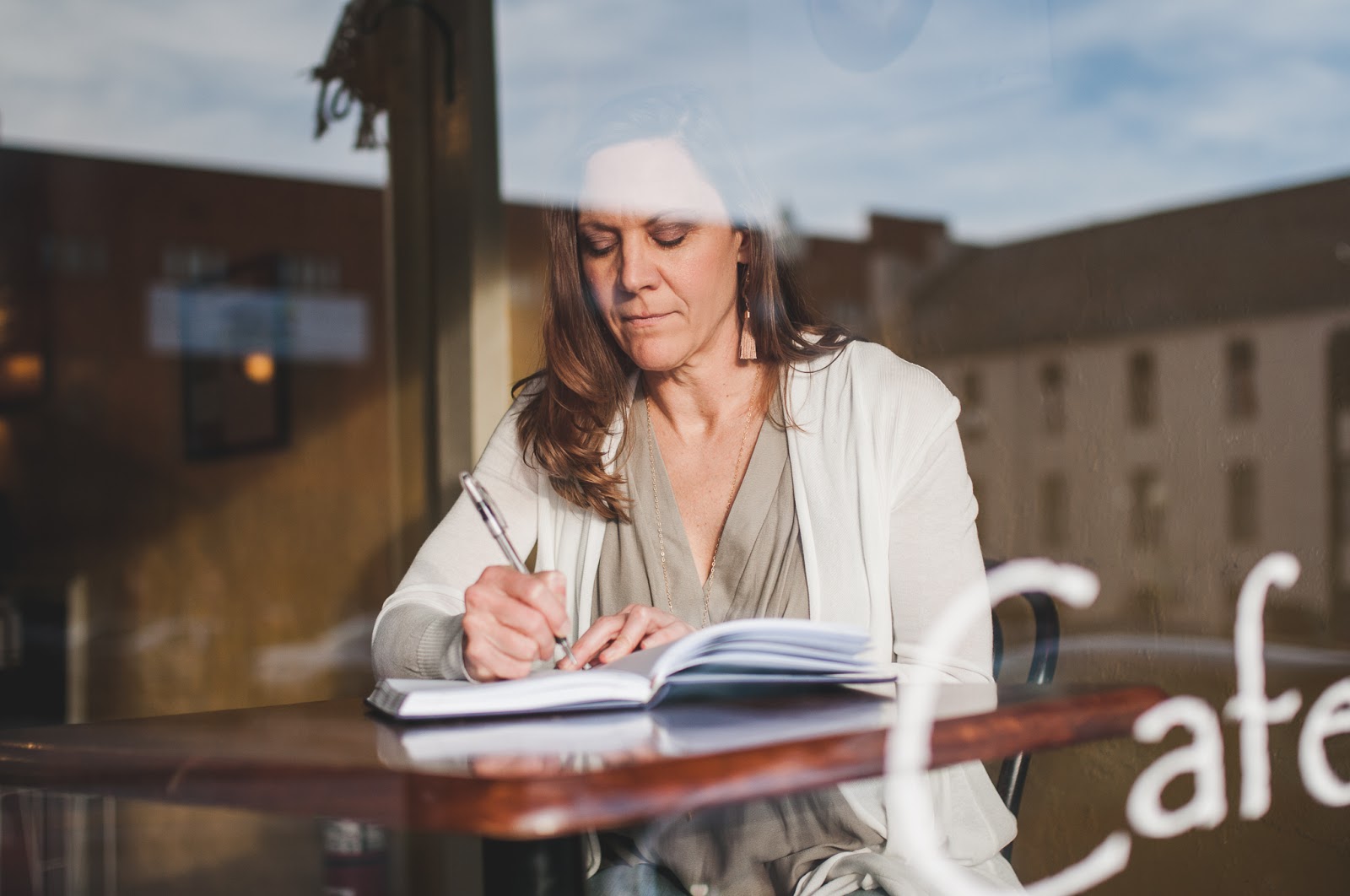 Years passed. I kept filling notebooks and diaries, kept trying to write my life as fiction. Then I read Meredith Hall’s Without a Map, a memoir that chronicles Hall’s experience with teen pregnancy in the 1960s, her subsequent silencing, and her long journey back to herself. Though I had not experienced teen pregnancy myself, Hall’s story spoke to me deeply. Her truths were so vivid, so crafted, that I recognized myself in her story. I felt her story. I wanted to write like that. Don’t get me wrong, I have discovered some of women’s deepest truths in fiction: The Yellow Wallpaper comes to mind, and so does The Bluest Eye and The Awakening. But fiction, I realized at long last, was not my genre as a writer. I began to write more honestly. And though I didn’t realize it at the time, this kind of writing—crafting personal narrative from my raw diary entries—began to reveal the patterns of my experiences as a female, which marked the predominant themes of my life.

Around the time of my Hall epiphany I developed a writing course called Writing True: Creating Art from Real Life, which I taught at a local arts center. One day, while seeking personal essays and memoirs to use as teaching models, I came across a literary journal called Creative Nonfiction. Turns out that the genre I was now writing and teaching actually had a name! I studied craft books on creative nonfiction and subscribed to literary journals—River Teeth, Fourth Genre, and Creative Nonfiction—devoted to the genre. I also subscribed to Calyx and PMS: Poem Memoir Story, literary journals devoted to women’s art and writing. I became a certified AWA (Amherst Writers and Artists) group writing mentor, and I started a local women’s writing group called the Phenomenals. The more I heard the Phenomenals read their work at our weekly meeting, the more my heart opened to the untold stories of women’s lives. These were heart stories. These were truth stories. We met in the back room of a local café/pub where we ate fish and chips and laughed so loud between writing prompts my face hurt. We snitched hand-cut fries off each other’s plates and bought each other ginger beer and chocolate chip cookies. We laughed. We cried. We wrote our hearts out.

My interest in women’s writing didn’t exactly come out of the blue. Fresh out of college in the late eighties with a B.A. in English, I spent hours in the women’s studies section of Borders Books learning everything I could about female psychological development, especially women’s voices—Carol Gilligan made a big impression—and women’s history. Carolyn Heilbrun’s Writing a Woman’s Life was a pivotal book for me. Looking back, I believe it was my first introduction to women’s autobiography as literature. Heilbrun distinguishes between a woman’s life written superficially, hemmed within the traditional female script, and a woman’s life written down in fits of emotion and a hard-won fight for truth, self, discovery. Freedom. To Heilbrun’s mind, this kind of writing was not only honest, it demanded courage.

One of my all-time favorite posters portrays a colorful quilt peopled by women of all ages, races, and ethnicities. Some of the women are smiling, some frowning, others glaring. Bold yellow letters spanning the quilt read: The River of Women’s Courage Runs Deep.